From Early Beginnings To The Present Day, The History Of Copper – From Scrap Copper Prices To Its Uses. 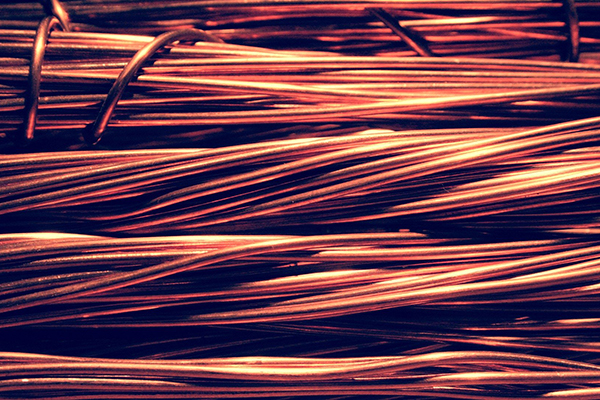 Copper is a metallic element that has high electrical conductivity and very high thermal conductivity while possessing soft, malleable and ductile properties. These characteristics and relative accessibility have led to the element playing a crucial role in the rise of civilisation – and it still does today.

A History Of Copper Use

As copper is one of the few metals that can be found in nature as a directly usable form (also known as a native metal ), early man was able to use the substance very early in its history. This was because the various methods needed to refine pure metals by smelting were yet to be developed.

Copper use first began in several places across the planet around 8000BC and was used in the making of primitive tools. Before this date archaeologists believed that only gold and iron from meteorites were used by early man.

The smelting (the extraction of metal from its ore with a process of heating and melting) of copper was invented independently across the world. The first evidence of copper smelting is from 5000BC in Serbia with the Copper Age beginning in the Near East at the same time.

The Bronze Age is one of the most famous and important periods in human history; a time when early civilisations thrived across the globe. It gets its name from the creation of an alloy called bronze, that is made up of copper and zinc. The age itself is also known for its development of primitive writing and the start of urban civilisation.

The Bronze Age began in Southeastern Europe around 3700–3300 BC and in North-Western Europe in about 2500 BC. It ended with the beginning of the Iron Age, 2000–1000 BC in the Near East, and 600 BC in Northern Europe. Iron is a more effective material for most tools, weapons and is far more abundant than copper, yet has a melting point of 1,538 °C – far higher than copper’s melting point of 1,085 °C. As a result, people were not able to produce high enough temperatures to smelt and use the material. As a result, both copper and tin’s relatively low melting point allowed for them to be utilised in a basic Neolithic pottery kiln.

In the classical European civilisations of Ancient Greece and Rome, copper was an important resource, especially in the use of currency. Before the 3rd century BC, simple lumps of coal were used as money by the Romans, before being shaped into the coin shape that we are so familiar with today. Utilising mines in Iberia and Cyprus, copper mining and smelting in the Roman world reached 15,000 tons a year, which was an amount unsurpassed until the Industrial Revolution.

Copper was also used extensively at the same time as the classical European civilisation, with copper metallurgy flourishing across South America in the form of stunning jewellery. In the Indian subcontinent, copper was often used in holistic medical science for surgical instruments. Interestingly, Ancient Egyptians used the special properties of copper to make water drinkable and sterilise injuries.

The Industrial Revolution And The 20th Century

With the Industrial Revolution came great improvements in the ability of technology to mine and smelt copper. Thanks to improvements in organisation and efficiency, copper was one of many metals and materials used in factories to produce large-scale amounts of goods. Copper began to be used in many new endeavours such as roofing, photographic technology, sculpture, and plating and sheathing to protect the underwater hulls of ships.

During the later Industrial Revolution, an electronics industry was born which took advantage of copper’s high levels of electrical conductivity – and continues to do so this very day.

What Copper Is Used For Today

Just like in the previous centuries, the use of copper is a major part of modern civilisation. Today the primary uses of copper are in electrical wiring that allows us to use electricity and information, roofing and plumbing in our buildings and homes, and industrial machinery that allows us to maintain our society. Copper is usually employed in its pure form, though it is sometimes used in alloys such as bronze and brass.

Copper is useful in building construction as it is corrosion-resistant, weatherproof and generally hard-wearing. For thousands of years, it has been used in roofing, rain guttering, domes, spires, doors and vaults. In modern-day architecture, it is also used in building expansion joints, radio frequency shielding, wall cladding and a number of building fittings such as countertops and handrails. Copper’s advantages also include being relatively lightweight, possessing intrinsic lighting protection and being easy to recycle. Another feature of copper is how it can develop an attractive green patina, that is sought after by architects because of its looks and durability.

The world of the 21st century relies on electronics to run – and copper is a vital part of this. Printed circuit boards and integrated circuits increasingly use copper rather than aluminium as they are more conducive, while heat sinks and heat exchanges employ the metal because it possesses dissipation.

There are many metals that can be used to manufacture wires yet copper is still the preferred material. Copper wiring has many beneficial properties like tensile strength, high electrical conductivity, corrosion resistance, low thermal expansion, high thermal conductivity, malleability and easy soldering.

Because of all the important uses that copper has in the modern world, copper is recycled and reused when the original product is thrown away. As such, scrap metal prices for copper mean that it is sought after by recyclers. Therefore, people and businesses should try and sell it when managing their waste.

Are you thinking “I need a scrapyard near me that offers excellent prices”? If the answer is yes, why not get in touch with As New Auto Recyclers today? We are a vehicle scrapping and recycling company based in the North East of England, offering superb rates of cash for your wheels. Getting rid of your tired old car can be a great way to make some money which can be put towards a spanking new vehicle.

Our team of experienced and knowledgeable scrappers are here to make your scrapping process as simple, convenient and efficient as possible. All you need to do is turn up with your vehicle and your logbook and we’ll do the rest. Whether it’s a car, van, bike or scooter, As New Auto Recyclers can guarantee that we can take your vehicle off your hands for a super price.

Operating throughout Tyneside and Northumberland areas, As New Auto Recyclers has developed a stellar reputation as a company that you can rely on for expertise, knowledge and good advice. As New Auto Recyclers also has a massive range of used car parts available to fix your vehicle – at superb prices. Why get ripped off by buying a brand new part from the manufacturer? Choose a second-hand car part in excellent condition and save yourself a ton of money with As New Auto Recyclers.

As New Auto Recyclers are passionate about ensuring that our operation is as environmentally friendly as possible – we try our very best to ensure that all parts of any car bought are recycled or disposed of in a planet-friendly way. So if you are keen on getting up to a £1000 on your vehicle or saving big money on a replacement car vehicle part, why not give us a call today?

For more information or enquiries, visit our website or get in touch with one of our team on 0191 237 5920 or via email using our contact page.

PrevPreviousBenefits of Scrapping Your Car 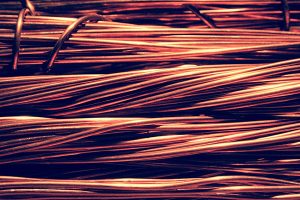 From Early Beginnings To The Present Day, The History Of Copper – From Scrap Copper Prices To Its Uses.

What Is Copper? Copper is a metallic element that has high electrical conductivity and very high thermal conductivity while possessing soft, malleable and ductile properties. 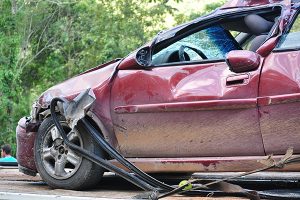 Benefits of Scrapping Your Car

As one of the most expensive items you’ll own, investing in a good car should last you years to come. But, no car can last 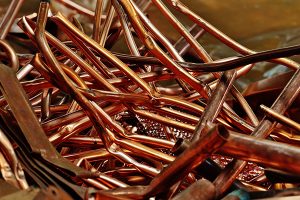 How a Recycled Metal Product is Made: From Recycling Bin to Scrap Metal Collection and The End Product

Strong, durable, anti-bacterial and aesthetic are just a few of the many qualities to describe metal. Utilised as a building material, packaging staple and engineering 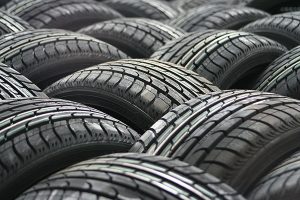 So, you’ve finally gotten around to replacing your car’s worn out wheels with a brand new set; brilliant! Yet, before you jump in the car

© 2020 All rights reserved. Do not copy any content including images without our consent.

This website uses cookies to improve your experience while you navigate through the website. Out of these cookies, the cookies that are categorized as necessary are stored on your browser as they are essential for the working of basic functionalities of the website. We also use third-party cookies that help us analyze and understand how you use this website. These cookies will be stored in your browser only with your consent. You also have the option to opt-out of these cookies. But opting out of some of these cookies may have an effect on your browsing experience.
Necessary Always Enabled
Necessary cookies are absolutely essential for the website to function properly. This category only includes cookies that ensures basic functionalities and security features of the website. These cookies do not store any personal information.
Non-necessary
Any cookies that may not be particularly necessary for the website to function and is used specifically to collect user personal data via analytics, ads, other embedded contents are termed as non-necessary cookies. It is mandatory to procure user consent prior to running these cookies on your website.
SAVE & ACCEPT